Jay Mohr Joins the Podcasting World – Worth the Listen

Ok, this is silly. I can't give a unbiased opinion at all when it comes to Jay Mohr. He makes me laugh (what up Slam Man!). You may know him from his stand up (and hosting last comic standing), from his brief stint on Saturday Night Live in the early 90's, he was in Jerry McQuire, or like me as the guest host you wish would get his on show on the Jim Rome show. He finally did. He joined Kevin Smith on the smodcast.com network.

His show is called “Mohr Stories” which promises to give the behind the scenes of how “I was a Hollywood *sshole” and other behind the scenes stories. His first episode with his manager Barry Katz was great. His second episode was Jay and some friends cracking jokes, and telling stories. My favorite part is hearing Jay laugh. It's real. It's genuine. It's real. When his wife (Nikki Cox – lucky dog) walks in the room with his children, the devotion and love that comes from his spills through the speakers. I love to hear his excitement as he realizes the potential that sits in front of him. Thursday when he hosted the Jim Rome show, he got an email from London from a listener praising him for his podcast. To this Jay said, “That's why you do a podcast!”

The funny part was during his first episode Jay kept doing a “You're listening to Mohr Stories, I'm Jay and we're talking to” kind of statements (very RADIO of you Jay). The episodes are a little long but are turning into exactly the type of thing I love to listen to on my stitcher app (use davej when registering at stitcher.com). He's not plugging constantly, he wants to connect with his audience. He wants to entertain. He's having fun, and it shows.

Another great thing about Jay is his ability to do impressions. These aren't hack impressions either. He's good.He's funny. When he teases to talk about his not-so-happy years on SNL, it's interesting. He knows how to tell a story as well and promises to not hold back on naming names.

I look for this to be on the top of the iTunes charts in no time.

Gasping for Airtime: Two Years In the Trenches of Saturday Night Live No Wonder My Parents Drank: Tales from a Stand-Up Dad (Hardcover) 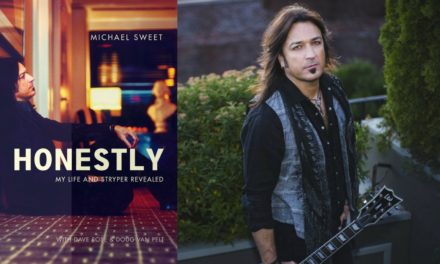 Podcasting Lessons From The Lead Singer of Stryper Michael Sweet