What is New and Noteworthy in iTunes?

When you log into iTunes when you scroll down a little bit you will see a section call New and Notewrothy.  This is a highly visible sectoin and can boost your podcast downloads from the tens of downloads to the thousands. This is why people want to get listed there when they launch a podcast.

Myth One: You NEED to have at least Three Episodes

The problem with this myth is it is an absolute. Dr Nine Seville Rocklin of “Win the Diet War” (who has a popular blog before starting her podcast) was listed in New and Noteworthy with just one episode. She has great content, and went the extra mile and outsourced a professional intro and outro, and got some reat looking album artwork.

Henri Junttila of the Wake Up Cloud podcast had one episode when they launched. John Corcoran of the  Smart Business Revolution had two episodes.

You get the point.

While having multiple episodes ready enhances your chances of being in New and Noteworthy, it is not a requirement.

Myth Two: You Only Have Eight Weeks to Be Listed

The name of this section should be named New OR Noteworthy. When I asked Rob Walch the Vice President of Podcaster Relations at Libsyn.com (and fellow stat junky) he noted that:

There are plenty of times shows have been featured that are over 8 weeks old.  That said most are just a few weeks old when added – and the ones over 8 weeks – are truly Noteable.  Like this past week when Bryant Gumbel's was added and it was 9 weeks old when added.
Shows are manually placed in New and Noteable – 25 “new” shows are added each week – there are 100 total in the section.  So each stays in for 4 weeks. Apple adds something like 1,500 new shows a week – so your chances of getting selected are about 1 in 60.
You can check out Rob's podcasts at podcast411.com (where he often shares numbers from Libsyn) and todayinios.com
Here again, we see where it may be easier to be featured if you are new, but it is not a requirement.

Be extraordinary; not ordinary 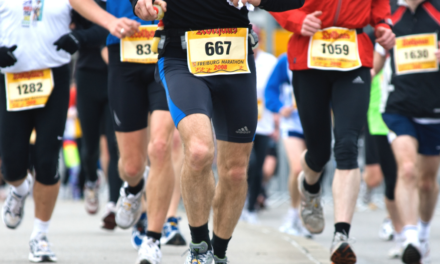 Building Your Podcast Audience is a Marathon Not A Sprint