I lead my first Podcamp session this past weekend. I was told “All attendees must be treated equally. Everyone is a rockstar. ” So I designed my presentation to have lots of room for questions. I made it loose by asking people to come up and help illustrate points. But realize there are good rock stars and then there is Axl Rose, Amy Winehouse, Pete Dougherty, and Mindy McCreedy. Would you want them to take over the presentation?

I did a presentation titled “Podcasting in Plain English.” It was geared towards people just getting into podcasting. A person who knows NOTHING about podcast. I thought I was going to have 60 minutes, and I had 50. That is 100%  my fault, and in the end the 20 minutes I was going to have for Q&A was 10. I accept responsibility for this, and apologize. However, everyone made it to their next session on time.

Apparently Owen Winkler did not like my presentation. While he did say it was “decent,” he states on his blog that he didn't like my analogy for bandwidth stating,

“For example, “bandwidth” is not “number of cars on a bridge,” but rather, “the width of the bridge, which increases its capacity to hold cars.”

To this I say: Bandwidth – if you don't have unlimited (Which was my point) – can't “Change its capacity.” You either pay a bill when you go over your limit, or your site gets turned off. We call cars going over a bridge “traffic” that we would measure by weight. This bridge can only have 50 tons an hour. We call files going over the Internet Bandwidth that we measure by file size. “You can only have 10 gigs of files per month.”

Another question that came up was if you could create a podcast without an RSS feed. I explained that by definition a podcast is delivered via RSS feed. If you put an audio file on your website, and send the link via e-mail it's “audio on your website” – NOT a podcast.  People did this in the late 90s. Everyone had a flash button that people clicked on to hear audio. That is not a podcast. When Stephen Pierce took his audio generator buttons, and put that content into an RSS feed, it became a podcast. No RSS feed? No Podcast.  From wikipedia “A podcast is a series of digital-media files which are distributed over the Internet using syndication feeds ”

oh no let's keep talking about this and waste some time and see if it changes?  Oops there goes me being the Rock Star again…

Then there was a discussion on if you need a blog to create an RSS. When I get a copy of the audio I'm sure you will hear me say, “Yes you do, – then I catch myself – No you don't.” I mentioned that you can use tools like Feed For All, or NOTEPAD to create your RSS feed, but the easiest way (and again, the target audience here is newbies looking for “easy”) is to create a WordPress Blog. Well apparently Owen was insulted that I didn't mention Habari who was a sponsor. I'm sorry I don't know Habari, and apparently Owen loves it. That's why Owen mentioned it in his presentation and I didn't in mine. I also didn't mention Space Blue (as I have no idea what they do either). I see when talking about Habari's sponsorship he states “not sure what we were expecting for our money.” We? So let me get this straight the guy who works on/with Habri was upset that I was singing the praises of WordPress. OK, this is starting to make sense now (and at least now people know about Habari).

Apprently I ended this “do you need a blog” discussion with “OK, but you really need a blog” and this deeply offended Owen. This was not following the rules of podcamps. I was acting like a “rock star.” (You're right Owen, the housewife from Dayton will start using Notepad tomorrow). It was not my intention to offend, and to that I say, “I'm sorry.”  Meanwhile in Owen's presentation about “tools” he was talking about coding tools for writing ajax and java script. To this I point to podcamp rule “The event must be new-media focused – blogging, podcasting, social networking, video on the net.” When somone pointed “hey lets talk about the recording software that everyone is using,” that got “Shot down” and the coding discussion continued. I'm sure the people who were just starting their podcasts enjoyed the session on troubleshooting code. For the record, Owen had some great input on choosing  hosting.

Apparently after I “shot him down”, he says “I should tell you that I did not try after that first session (to chime into sessions) many speakers were set on a path to talk about what they signed up for, and didn't seem to want to be interrupted from their task.”  This has prompted him to say people shouldn't sponsor future podcamps, and people shouldn't attend. I'm sorry you feel this way, but on the other hand, people know about Habari now!

I understand you don't want 60 minutes of lecture with no chance for questions.  You need a leader to help stear the conversation into appropriate, and useful  areas that will not waste the attendee's time. I will agree, my presentation could've been more “open” but you will hear on the tape where I frequently ask “Any Questins?” Looking back I should've asked, “what are you using?”.  If a presenter “guides” the conversation is he/she acting like a Rock star? 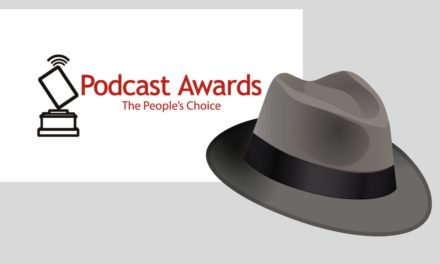 Back to School Sale – Save 20% At School of Podcasting