Here's the latest from a recent Wizard Media Press Release

In the fourth quarter of 2011, the Wizzard Media network averaged over 20 million unique audience members per month. Wizzard Media reached another milestone with an all time high for unique audience count in December 2011. Additionally, substantial growth in download requests continued with the fourth quarter numbers topping October's all time high. And while Wizzard stopped publishing download request numbers in 2010 due to a change in algorithmic reporting metrics, download requests for 2011 would have clearly exceeded 2010's total of 1.64 billion.

Wizzard reported ongoing increases in new podcast client account sign-ups and corresponding revenues throughout 2011 with a focus on higher margined monthly accounts. The fourth quarter brought additional all-time highs for average weekly account sign-ups and incremental revenue. That trend continues in 2012 with the first week of the new-year beating out even the best week of 2011 for new account growth and incremental revenue.

“We are thrilled by the upward trends we continue to see and are confident that the hard work of our team and our podcast producers in 2011 will continue to expand the entire podcast ecosystem,” said Laurie Sims, President of Wizzard Media. “Our Q4 results are encouraging with all time highs in our network statistics and greater distribution for our producers with broad support across various app marketplaces and mobile devices. With the popularity of the Kindle Fire and loyalty of iOS users, we are excited about prospects for 2012 expansion.”

The company has been focused on its stated plan of increasing reoccurring revenues by attracting new podcast hosting and App customers. Additionally, marketing and social media efforts to support hosting and audience growth have demonstrated success in 2011 and will be further leveraged in 2012. Wizzard's full subscription service is expected to launch in the first part of 2012.

Keep in mind that the audience of 20 million in one month is a statistic only ONE podcasting network. The number is actually higher. So the next time someone says, “Podcasting is Dead,” or “It's a fad,” point out how in 2010 and 2011 the trend is going upward.

Yes You Do Have the Skills to Podcast 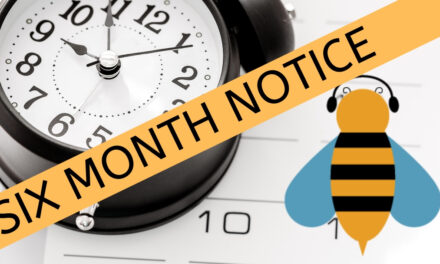