You Will Eventually Offend Someone

It happens. You talk like you talk. You walk like you walk. Eventually you will offend someone. In my last episode of the Logical Weight Loss podcast I mentioned how the new Hydros filtered water bottles “Come in pretty colorS” (accenting the S in a Faux Gay voice). To this a person signed in and left a comment as “Gay Fan.”

I’m sorry I offended you. I was only imitating my friend Fausto from the Feast of Fun podcast http://feastoffun.com I got to hang with Fausto and Marc in 2005. Two truly awesome people who took the fun of the night to a whole new level. Instead of focusing on our differences, we focused on what we had in common. It was a blast.

All stereotypes have some form of truth in them. A hint. A spec. I know a LOT of Christians who are judgmental right wing nut jobs. I know a lot of country music fans who drive trucks, own guns, and drink beer. I lead classes at a college where the predominantly African American student body could not get to class on time. What about all the pregnant white teenage mothers who couldn’t seem to get to that school on time even though Grandma was watching the kid? It also turned out most of these young mothers were on welfare. Does it mean all? Never.

I worked with two, hard working, compassionate, funny, gay men at a company. Both had a huge understanding of Broadway plays, and both of them had a unique way of pronouncing their “S’s”. They were great friends.

When I see someone on the street, as an average white male I have at times said the word “Howdy!” (Can I sound any more WHITE?).  Does this mean that all country music fans are high school drop outs who marry their cousin? NO! That all African American people are lazy and eat chicken? ABSOLUTELY NOT! Does this mean that all Gay men sound this way? Nope, but enough do that every comedian seems it OK to lisp when talking gay, nasal when talking white, stupid when talking southern, and Yo! use Ebonics when talking “Black” (you know what I’m sayin?). It is never my intention to offend, if we can’t embrace our own cultures and embrace our differences than soon freedom of speech will be a thing of the past.

If someone did an imitation of me and it contained me saying “Ya know” or some other type of stammering (which I do) I couldn’t argue that I stammer. I understand YOU don’t talk like in a stereotypical gay male fashion. In that case I suggest that I was not talking about you.

As a guitarist who has never smoked a joint and didn’t have a sip of alcohol until his early twenties, I do not get offended when people assumed I did drugs. When I tell them I grew up listening to Ozzy Osbourne, and Judas Priest (fronted by a Gay Male by the way – who is still one of my favorite singers) I understand why they jump to this conclusion. Why? Because I realize that most musicians get up around the crack of three, wake and bake, and look for a girlfriend so they have some place to live. I am the exception to the rule, and I enjoy breaking stereotypes.

I apologize for hurting you. As a person who tries to be the same on mic as I do off mic, I will more than likely do this again. The show is unscripted. My show is me talking to my favorite people including you. As there are thousands of you, if I had to worry about every word that didn’t offend Native Americans, African Americans, Gay, Straight, Bi, transgendered, Lesbian, I would have to stop at the “Welcome to the Logical Weight Loss” podcast. With this in mind I apologize in advance. You will hear (poorly executed) accents from time to time. It's just me being me. I can't help myself. My apologies for every English person when I start off a sentence with “Right-O!” (but when I was in England my instructor did that every day).

I’m not sure why talking like a Faux gay men is offensive? If you listen to their last podcast from October 2010 when Fausto says “FabuouS” I would say I’m pretty spot on. Are you saying Fausto is offensive? I’m sure that would hurt his feelings. 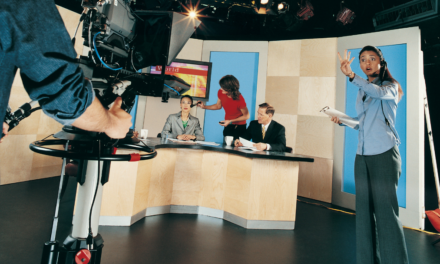 Behind the Scenes Always Makes for a Good Podcast