Audello Review – I’m NOT a Fan.

I mentioned before that there would be services that would come into being in 2014 deigned for podcasters. Audello (from Internet Marketer Josh Bratlin) is the latest. It ventured on to the scene with claims that were so outrageous (you can make X amount of money in very little time) that people like John Lee Dumas went “woah”. As a podcast consultant I try to base all my opinions on facts, so last night with hours to go before their early bird special ran out I bought the software.

Today here is what I discovered.

1. Their software for the desktop won't event run (I'll put that in another video, I forgot to show it here).  I teach technology for a living, so I don't believe it is user error. I've installed software before.

2. The RSS that the system generates for you to give to iTunes is invalid (per feedvalidator.org). The feed will allow you to manually subscribe via iTunes, but I would not recommend submitting an invalid feed to itunes.

3. One of the “features” is the ability to schedule episodes in advance. This can easily be done in WordPress.

4. The pages the service creates are butt ugly, and they contain a playlist very similar to one you can create in WordPress

5. The sound bar is a unique feature that as bat that floats above your website. It also has the ability to have people click and leave audio replies. This is very similar to Speakpipe.com ($7 a month).

6. When I imported one of my old shows as a test, many of the details were not imported.

7. One feature is a smartphone app that allows you to record your show. To this I say, see auphonic (free) and boss jock studio. With Boss Jock studio you can record your episode, and upload it directly to Libsyn and have that episode make a post on your website. That's right, you record with your phone, and it ends up on your website. No computer needed (just the patience to type on your phone or tablet).

One feature that I saw that was different was the ability to put four audio files (basically commercials) and have it rotate the files and track which file worked the best (split-testing). This is for sales. The system really seemed designed with a heavy influence on selling items in your podcast. As the person who authored the book “More Podcast Money” I'm not against making money through your podcast. I just don't know too many people who would tune into a commercial.

When I bought this on Sunday night (I said Saturday in the video) it said I had less than one day to buy the software. Tonight (Monday) it says there are three days to get the discount. That's just a lie.

You don't take your car to the dentist to have it repaired. You shouldn't let an Internet Marketer try to teach you the ins and outs of podcasting. The reason the price is so expensive? Because his affiliate program at Clickbank is paying 50% of your money to people who promote it. How do I know this? Because I originally signed up to promote this. I used Josh Bartlet's video tools in the past. He generates a lot of buzz and I thought if the product was good I could promote it. With this in mind, if you want to waste your cash, please use my affiliate link

Ready To Start a Podcast People Will Listen To?

MEN ONLY: Do you wear your wedding ring?

More Examples of People Moving Away from iTunes 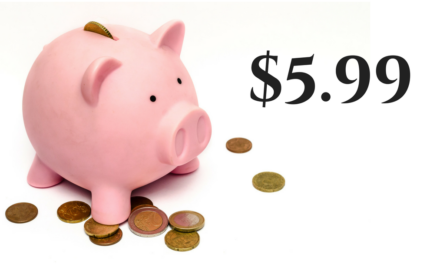 We came, We saw, We conquered