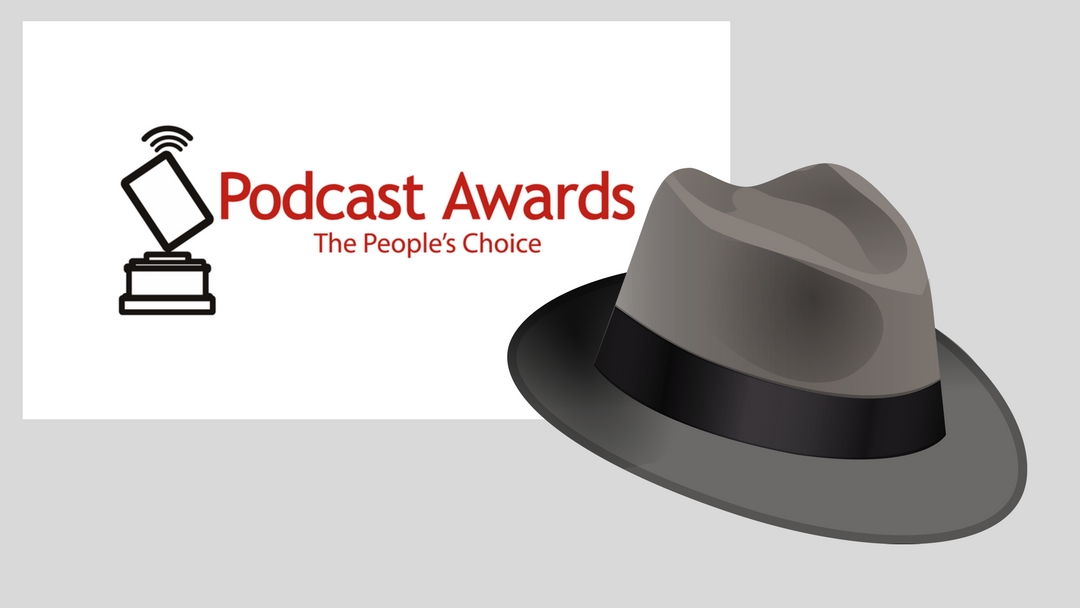 So I'm going to attempt to tell this story by just using facts. To provide full disclosure, I was nominated in the Education category and lost. The weird thing is I didn't lose to Grammar Girl. That is what I expected as – let's face it – when you're an answer on the TV show Jeopardy!, you're probably going to beat my little podcast about podcasting. So here are some facts.

Todd Cochrane (the man behind the podcast awards) had attempted to sell the awards to the New Media Expo. While the New Media expo controlled them last year, due to other circumstances the control of the awards was returned to Todd.

The Podcast Awards show website was out of date. That is why Todd Cochrane launched a Gofund me campaign to redo the site. He is looking for $25,000 to redo the site. When you host a site that has voting on it, it is not your typical website. There is lots of extra security and tools needed to attempt to keep out people who would game the system (cheat). I once had a website (battlingbands.com) where there was almost no prize, and people would cheat like crazy. I went through probably 5-7 scripts before  I shut down the site.

“The People's Choice Podcast Awards is designed to allow fans to show their appreciation by nominating their favorite shows. Then through a peer / listener review process of the top 25 nominated shows, a slate of 10 podcast for each category is determined. Daily voting for a 2-week period is designed to show engagement and allow show of all sizes to compete for a Podcast Award. Through listener engagement the true power of podcast audience ultimately determine the annual winners.

The 11th Annual that will recognize the best podcasters in the world by allowing the people (Listeners and Podcasters) to nominate, and then vote for their favorite podcast.”

For the nomination process, ” The nomination page can only be filled in once. IP and Email tracking is in place along with other anti-cheating mechanisms. Each nomination will be verified by email which will require a confirmation by web based url.” According the rules, “Voting will last for 15 days, and listeners can vote once a day.”

The Diamond Club (featuring a picture of Brian Ibbot) has a reddit group. They got together and voted on who they would vote for as a group (if you wanted to).

According to this website (and per Brian on his show The Morning Stream) this is the second year they've use this tool. The first year they were 7/7 for the shows they supported.

This year they were 14/17 shows (82%). According to Brian, he had nothing to do with the technology. It was created by a listener. He did acknowledge that his face is all over the branding of the tools. Here is the episode where Scott and Brian talk about the awards ceremony

So What Did They Do?

They made a Bookmarklet. What is a bookmarklet?

“a small software application stored as a bookmark in a web browser, which typically allows a user to interact with the currently loaded web page in some way.” – wikipedia.

In this case it made it easier to vote for their selected shows. It didn't automatically populate anything. It didn't submit the vote. All it did was help point out who to vote for, and type in the voter's email address for them.

Then they trained their community how to use it

If you have a contest that involves getting something off a top shelf, and someone comes in with a step stool, is it cheating?

Did the rules say you're not allowed to bring in a step stool? No? Then I guess it's not cheating.

Even if everybody else was going to do it without standing on any kind of stool.

It reminds me a bit of performance enhancing drugs in sports. If it's not illegal, then it's not cheating and you better take these drugs if you want to compete (even if they shrink your testicles).

There seemed to be a “It's not how you play the game, it is if you win or lose” vibe when I listened to the Morning Stream this morning. Oops, I'm getting away from facts and mixing in opinion.

In the end, each of the votes had to be confirmed by a person. If you used the tool and wanted to deviate from the default settings you could. It was all voluntary.

Sure, they made it easier to start your voting process, but they still needed to be confirmed via email to make them count.

It's About an Engaged Audience

I am Confused By the Motive

On one hand, the Diamond Club seems to despise the awards. They thought they were stupid. In one chat room I saw:

+ArtgineerKAPT_Kipper, eh, you'd have to prove the podcasts award are relevant in the first place lol when I looked at his Twitter feed I saw this:

That leads me to believe they did this to bring the awards down.

If the awards suck, then why go through so much trouble to win one?

What is the point of winning 82% of the awards to pee all over them?

That doesn't make much sense to me.

You will see the comments in the video below as they watched the presentation were not kind.

Quick Reactions Are Often Not the Best

The first response from the Awards upon hearing about the bookmarlet was “Cheated Exposed during awards ceremony. We are going to proceed with an Investigation. An Illegal Off-site voting system apparently was used.” Later this was changed to a message that explained that a bookmarklet had been used, and that this makes a show more educated in a specific field (bookmarklets), but not a better show. Later another update to the podcast awards stated, “If some feel an apology on out negative reaction to this tool so be it we apologize. This tool will invoke significant change though, if the awards survive. ”

Would I blame Todd if he quit putting in the effort? No. Would I be sad? Yes. The Awards are like that Annoying Uncle at the picnic. He is kind of annoying (the voting process), but picnics would be so different without him. It is cool when you see “little independent” podacasters occasionally take down a giant corporate team.

Is the Diamond club filled creative geniuses, or did they overstep the bounds of fair play? The goal was to get your audience to vote for you. They did. They made it easier. They announced it on twitter, showed what they were going to do on YouTube (via an unlisted video – so you could share it, but it wasn't 100% public.). Here again we are walking a fine line of what “Secret” means.

It gave them an advantage.

That is up to you to decide.

Are You Guilty of Casturbating?

Why I’m Moving From Amazon S3

Nobody Cares About Your Episode Number