The podcast awards was a the most professional (and the least professional) awards show of the ten years. We've come a long way from Todd Cochrane shouting through a crappy PA system in California to a room that was too drunk to care. We've have had Leo Laporte host in a packed room, and last year David Lawrence did a great job when Dr. Drew got snowed in. Rick Calver is always looking for hosts that are known in the podcasting realm, but also outside of the podcasting realm. This year Chris Jericho (famed wrestler and now podcaster) and Emily Morse (Sex With Emily) were the hosts.

With a host doing a show like Sex with Emily we expected some spicy talk, but quickly the duo went WAY over the top for many people in the audience. Lou Mongello of WDW Radio told me, “I can't wait to get home and tell my eight-year-old child what a penis squirt is.”  My wife was texting me asking why we weren't doing anything. One text read, “Is there no giant hook?”

The other thing that had people upset was the over the top commercialism by Podcast One (the sponsor). They had the hosts read ads (many), and it just seemed tacky. In his keynote Norm Pattiz (founder of Podcastone.com) said, “I don't care what you think about the Podcast Awards, I made money. ”

From what I was told, there was a script – and someone (Jericho?) decided to re-write it. A classic example of not knowing your audience. He first said, “there are probably 10,000 podcasters (try more like 250,00 ). The hosts then ridiculed those who did and did not show up to receive their awards.

In my opinion, I got the vibe that Jericho thought he was better than the awards (he does have a show called ‘Buy I'm Chris Jericho). On the other hand, he showed up (Dennis Miller had a “Scheduling conflict”, and Adam Carolla missed his key note for reason undisclosed).

In the end, the same thing that happens every year. The winners were happy, and the losers weren't. One nice thing to see was Adam Curry (who helped invent podcasting) who does the No Agenda Snow (www.noagendashow.com).

Peoples Choice
Rob Has A Podcast

Entertainment
Rob Has A Podcast

Food and Drink
The Alton Browncast

Science
The Skeptics Guide to the Universe 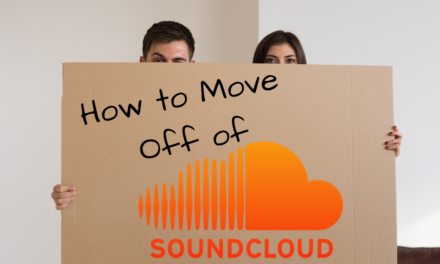 How to Move From Soundcloud to Another Podcast Host: It’s Time