In mid-2009, Wizzard Media introduced a new monetization product for its 12,000+ podcast publishing customers with the launch of an iPhone(R) Podcast App. The newly launched podcast companion App for popular podcasts on the Wizzard Media Network offers audiences access to their favorite podcast directly on their iPhone or iPod(R) Touch, bonus episodes and other content and new social communication features such as Twitter and Facebook, creating an unprecedented level of audience entertainment.

Analysts project the App market to be a $1.0 billion market today, headed for $4.0 billion by 2012. With the new Apple Tablet expected soon and the recent launch of the iPhone in China, Wizzard's management believes the number of people using iPhones and iPod Touch type devices to consume podcasts and interact with Apps will continue to grow well beyond the current 50 million user-base. To date, Wizzard Media has launched 153 iPhone Apps with top podcast Apps on the Wizzard Network having now converted approximately 22% of their audience from free, to paid, in the first 150 days since launch.

In anticipation of the expected announcement this month from Apple, Wizzard today outlined its plans to fully support the new tablet device. The Company is committed to ensuring compatibility for all Wizzard Apps in order to work with and take full advantage of the device's strengths. Wizzard believes that this device has the game changing ability to take the position of primary media and communication device formerly occupied by netbooks and laptops.

“We expect the new Tablet Device to extend the current iTunes(R) App Store ecosystem,” says Dave Mansueto, co-founder, Wizzard Media. “The iTunes App Store represents the most mature platform for monetization of our publisher's content and no other App store currently offers the In-App purchase model that we intend to take full advantage of in the coming weeks.”

Additionally, Wizzard released a road map to expand its App offering beyond iTunes to the Google Android and Palm WebOS platforms starting in the first quarter of 2010. “With the early success of the Droid and the impact of the newly launched Nexus One, we feel the Android platform has already proven itself to be a robust mobile media and entertainment platform and Palm's WebOS offering continues to refine with updates to its software and expansion to multiple carriers,” continues Mansueto.

“We know there is strong demand for the podcasts we distribute seeing downloads grow from 400 million to 1.4 billion in the last few years and monthly audiences grow from 4 million to 18 million,” says Laurie Sims, President of Wizzard Media. “Now, podcasting becomes a platform that converts audiences to revenue, accelerated by the micropayment billing process that Apple has created with the App store. Unlike most Apps in the App store, podcasters have a distinct advantage to successfully market their App in iTunes due to the fact that they have already built a substantial audience for their podcast show over the last several years. Now it is just a matter of continuing to convert them over and expand the model to the Tablet, Andriod and Palm.”

“A few days into 2010 and we're announcing a new record for downloads, 18 million unique monthly audience count and the expansion of our Apps to the new Apple Tablet, Google Android and Palm WebOS,” says Chris Spencer, Wizzard CEO. “With our top Apps already reaching 22% audience conversion rate, the recent expansion of our advertising platform inventory to include Apps, a strong holiday sales season for our acquired Apps and having just completed our best quarter ever for advertising impressions (4th quarter 2009), we believe this can be a big year for Wizzard.”

About Wizzard Media (a division of Wizzard Software):

Wizzard Media provides publishing and distribution services to podcasters and monetization services for podcasters. Wizzard Media is the industry's leading podcasting network with an unprecedented 1.4 billion download requests in 2009. Podcasts are a means for independent and professional content creators to publish audio and video shows for the world to enjoy over the Internet or on mp3 players, such as the Apple iPod(R), iPhone(R) and the Microsoft Zune(R). Podcasting is a relatively new phenomenon, but Wizzard Media collectively broadcasts millions of podcast downloads per day through media aggregators like Apple's iTunes and Microsoft's Zune Marketplace. For more information, please visit www.wizzardsoftware.com/media. Wizzard Media is a division of Wizzard Software, a leader in speech technology distribution and development.

Legal Notice Regarding Forward-Looking Statements: “Forward-looking Statements” as defined in the Private Securities litigation Reform Act of 1995 may be included in this news release. These statements relate to future events or our future financial performance. These statements are only predictions and may differ materially from actual future results or events. We disclaim any intention or obligation to revise any forward-looking statements whether as a result of new information, future developments or otherwise. There are important risk factors that could cause actual results to differ from those contained in forward-looking statements, including, but not limited to risks associated with changes in general economic and business conditions, actions of our competitors, the extent to which we are able to develop new services and markets for our services, the time and expense involved in such development activities, the level of demand and market acceptance of our services, changes in our business strategies and acts of terror against the United States.

iPod, iPod Touch, iPhone and iTunes are all registered marks or trade names of Apple, Inc.

Give Your Audience an Eargasm 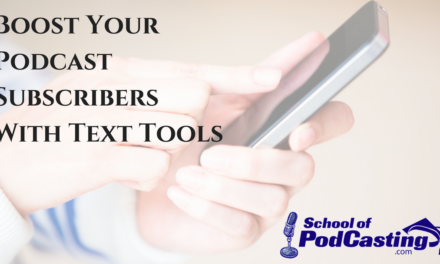