Why I’m Changing Things Up At the School of Podcasting 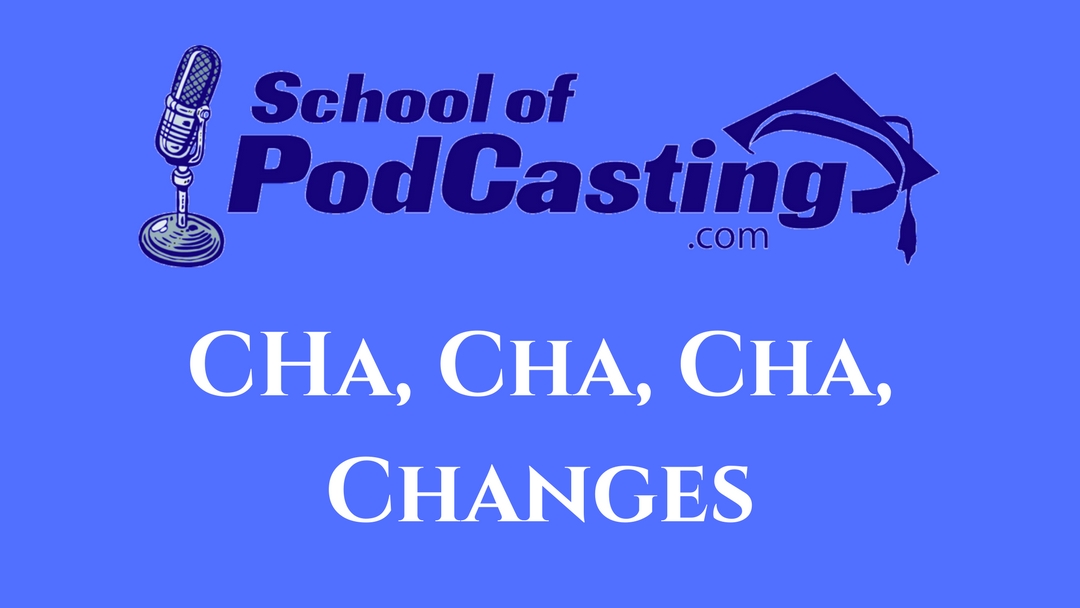 This needs a bit of backstory, so stick with me.

I remember when I was in my early twenties talking to my Mom. I was impressed with myself, and I felt I had turned out OK, so I asked my Mom what her philosophy was when it came to raising children, or in this case, raising me. Her answer was, “I tried my best not to say No. If something was going to hurt you, then I would say No, but for the most part, I let you do whatever you wanted. Then I felt as long as you didn't give me a reason NOT to trust you, I would trust you.

When I was interviewed for the Messengers documentary, I was asked why am I so passionate about podcasting. I thought about it, and here is why:

So in a way, the people I help are the children I never had. All that to say, I want to follow my Mom's example and avoid saying no.

When I was at Podcast Movement, I had some discussions with people who said very nice things about me. They kept explaining how I was THE Dave Jackson, and I needed to change the way I was marketing the School of Podcasting, and I needed to charge WAY MORE than I was. I was doing a podcast for a company that had me talking marketing strategies all the time. The one that kept coming up was scarcity. You see Disney do this with DVDs. They will bring back a movie for a limited time. You have to buy it while you have the chance. It's a good strategy and works well for many brands. There is one problem.

It didn't work for my brand.

To be more specific, it didn't work for me personally. I was telling people who want to learn, “Not now.” I was telling them to go sign up for the newsletter. As a teacher, there is ONE THING you REALLY want, and that is an eager student. I had them in front of me and telling them no. I've explained my plans (to restructure) to the current members of the School of Podcasting and when I explained that the next time the doors open they aren't going to close I now know this is the right thing to do. More than one said they scratched their heads, that it didn't seem to make sense to them. It's a great strategy, but not for the School of Podcasting. Here are some other things why I'm doing this.

People would sign up for a month, pay top dollar, go through the tutorials and leave. I was making just as much money as if multiple people had signed up. So the thought was that I would be able to give more personalized attention to these people (which I did). I planted a seed of a relationship, but I never got to watch it bloom. They came for 30 days and left.

I was supposed to get a “More motivated” student as it cost more to join. While this may be partially right, I also found out that people with deeper pockets were just as busy (if not more) than people with not so deep pockets. One of the perks of buying a year in advance was you got more one on one time. Yet the people who purchased this rarely took advantage of it. So I had added a feature that nobody was using. Was this a feature then?

I was told if your prices are too low, people won't respect you. I get that. I am going to lower them a bit, but not as low as they were. I'm removing features I thought delivered value, but nobody was using. People who paid more before will have their memberships extended.

I looked in the mirror and asked why I did this. Part of my motivation was trying to make other people happy. I sincerely appreciate the kind words that my friends said at Podcast Movement. The problem is they were comparing me to other podcast consultants who make ten times more than I do. They want me to succeed, and for that I'm grateful. However, comparing me to these people made me miserable. It added stress to my life. It leads to me feeling like what I was doing wasn't good enough. One day I woke up, went my job at Libsyn (and by that I mean my five-foot commute to work from home), I helped people all day with their podcasts. I then had some great one on one consulting calls. During the day I answered questions from the School of Podcasting members. My bills are paid. My health is better than it has been in 20 years, and I'm happy. Yeah, you heard me. I'm happy. I don't care what other people are making with their podcast. I wish them well. Here is the bottom line:

I'm here to help people. If you ask for help, I'm going to do my best to avoid saying no.

So on September 30th (International Podcasting Day), I'm reopening the doors to the School of Podcasting. While it's been closed, I've moved the membership area to a new platform (thinkific). Thinkific makes it super easy to maintain, and it's more flexible. I will offer subscriptions, and I will offer the ability to purchase just the course you need. I've removed some features so I could lower my prices (those “features” are the ones nobody was using) and I'm adding more things to the School that I think will truly benefit the members.

It's my podcast. It's my brand.

I'm allowed to change it, and in the end, nobody will punch me in the face.

Newsletter subscribers will be receiving a coupon. Sign up today

If Podcasting is Dead – I Want To Be Dead Too!

What Podcasters Can Learn From Joe Cocker